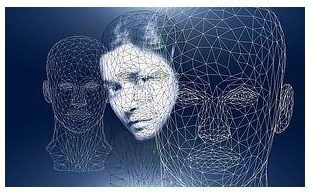 The new age is here: energetic consciousness replaces the standard of scientificity.

Everything is energetic consciousness ‒ of the same kind, of different kinds or nested within each other.

Four layers of awareness and two creation forces determine the life of mankind.

All creation of the earthly takes place from universal to earthly across the different layers of awareness.

It should not be concealed that already the existence of consciousness is denied, at least of subjective consciousness. Thus, materialism and physicalism only consider matter respectively physical reality to be real. Accordingly, they cannot explain consciousness.

Materialism and physicalism belong to monism. While philosophical dualism usually assumes two substances ‒ spirit and matter ‒ monism is based on the existence of only one substance.

From the point of view of idealism or phenomenalism, everything is spirit and only spiritual processes are real. This corresponds to a one-sided emphasis on the mental body. The mental body is a subtle energy body that contains the thoughts.

Neutral monism, in turn, is the philosophical thesis that both spirit and matter are grounded on a third, independent principle. This third, independent principle is the transcendental consciousness of the new age, which emanates from the Universal, is based on energies, includes emotions and creates by two opposing forces (the polarities). Polarities include, for example, female and male, plus and minus, all duality … This transcendent consciousness of the new age will be discussed in more detail below.

Neuroscientists define consciousness as “… the mental ability to actively process what is going on inside and around us. …“ They assume that consciousness arises from physical brain states and are investigating what this connection might look like. But how can consciousness emerge when non-conscious matter is composed in a complex way as the brain?[3]  ‒ Not at all, this approach is an error.

Furthermore, there are the holistic panpsychists, who derive the spirituality of all things from the spirituality of the Whole. The world-soul in turn is imagined as an immortal, invisible, thinking and living substance. This idea is based on an analogy between the entirety of the cosmos and the human being. The universe as a macrocosm is supposed to be structured analogously to man, the microcosm. This assumption is the starting point for the Am-Ziel-Erleuchtung© [Final-Enlightenment(AL)], too. From this, the Whole becomes concrete as consciousness and earthly. In 2016, the Am-Ziel-Erleuchtung© [Final-Enlightenment(AL)] has experienced the complete transcendent consciousness of the human beings, so that the consciousness of the new age results from it.

How is the energetic consciousness of the new age structured?

(4) Universal Whole; everything is embedded in it,

If a person identifies with the universal Whole, she/he experiences love, harmony and her/his soul-task as key function in the universal plan. The deep meaning of the own existence is fulfilled. The soul incarnates as messenger of the universal love. The divine-earthly love-flow-connection in the transcendent consciousness of the new age replaces the guilt feelings blockade and karmic claim to power of the old age. The former guilt feelings blockade becomes the competence of the feminine and the former claim to power becomes the competence of the masculine. The universal love flows into the healed and cooperative inner family(AL) and into the body. There it leads to earthly powerful feelings of love, joy, bliss and ecstasy and radiates to other people ‒ healing them.

Consciousness can be perceived as energy. Energy and consciousness are so closely related that the term “energetic consciousness” is appropriate. “Conscious energy” would be just as accurate. The whole human being is actually a field, which is built up from different layers of variously vibrating energy. The physical body vibrates so low that it appears solid. Formed and maintained is the physical body by more subtle layers of energy, the so-called subtle energy bodies.

The spiritual body corresponds to the three divine layers of awareness. The mental body with the thoughts, the emotional body with the feelings and the etheric body with the physical body belong to the earthly part of consciousness. The subtle energy bodies are on different levels of vibration. These can be perceived independently and at the same time they are in a fluent transition to the respective further vibration levels. All levels of vibration arise from the energy of the universal Whole.

Whether the energy of the universal Whole is perceived more emotionally or energetically on the different layers of awareness, depends on whether the person adjusts to the female or male polarity. Consciousness adjustment takes place from Divine to earthly through the polarities. In the male Spiritual System, with both feminine and masculine aspects, the dynamics are in the foreground. In the female Spiritual System, also with feminine and masculine aspects, love healing is especially important. Both Spiritual Systems usually apply the universal laws of consciousness creation in exactly the opposite way.

The measure of value of the new age

Scientificity as the value standard of the old age is replaced by energetic consciousness as the value standard of the new age. This paradigm shift results from science’s own claim. Among the values of science is objectivity. This means that facts and conclusions should be based on reality regardless of the person. Reality serves as a yardstick for whether statements are true or false.

Conclusion: Science has to orient itself on transcendental energetic consciousness with its universal laws as well as on feelings and natural laws.

Even if they haven´t reached it yet, scientists can be the first to understand, what the complete transcendental consciousness is about. Basically it is very simple:

The earth is not a disk, but round ‒ likewise, matter is not reality, but created consciousness.

With this reverse approach most scientific problems can be solved.

This article “The Consciousness of the new age” also as PDF.

[1] „From big bang theory to the theory of energetic consciousness” by Ayleen Lyschamaya.

[2] Common views on the Internet, for example Wikipedia.

“Mysterious consciousness: How does the mind get into nature? A solution for the hard problem of consciousness” by Hedda Hassel Mørch, in: FAZ 24.1.2018,
http://www.faz.net/aktuell/wissen/geist-soziales/eine-loesung-fuer-das-harte-problem-des-bewusstseins-15397757.html?printPagedArticle=true#pageIndex_0

[4] The blocks of transcendent consciousness, https://new-age-enlightenment.com/gurus/