These are the questions that many parents, educators and other pedagogues ask themselves. The answer is clear: yes and no at the same time.

Yes: Fairy tales are still of great importance as conveyors of essential consciousness-messages. They are an effective form of passing on consciousness content to other people.

No: The content that conventional fairy tales convey is no longer up-to-date and thus no longer of educational value nowadays.

That is why the Universe led me to transfer the consciousness-contents of the new age to you through new fairy tales: Gretel and Hansel heal the witch 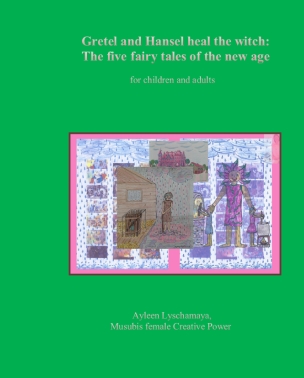 Notice: You can also download the e-book directly from my online store.

This collection of fairy tales conveys for children and adults the higher level of consciousness of the new age. It explains the symbolism of the fairy tales, what messages they contain and what development of consciousness they promote. In addition, there are fairy tale songs as well as interactives for the whole family; for example, quizzes, search pictures, deeper meaning, comic illustration and key scene interpretations. 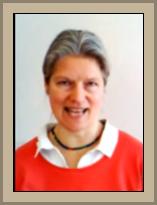 The fairy tales of the new age

There are currently (5/2022) five fairy tales of the new age. They are contained in “Musubi World Healing“, too:

The actors in the fairy tales are the already known woodcutter family with Gretel, Hansel, stepmother and father as well as the witch as a wise old woman. From the second fairy tale on, the wind is added, which is already set up in the first fairy tale as “The wind you hear, there is nothing to fear” (literally translated “The wind, the wind, the heavenly child”). Thus all contents of the complete transcendental consciousness are represented in fairy-tale interaction.

The individual fairy tales convey important themes of personality development, expansion of consciousness, indirect love energy healing, the soul layer and the Universal Plan. I have written them personally to transfer to you the higher level of consciousness of the new age symbolically-energetically through stories.

Gretel and Hansel is the first of the five fairy tales of the new age. The beginning it takes over almost completely from the Grimm’s Hansel and Gretel to continue from the familiar. The correction starts when dealing with the witch. Instead of burning her, that is, suppressing her, she is healed in the new fairy tale to become a wise old woman. To have a healthy wise old woman in consciousness is enormously important, so that the Grimm’s Hansel and Gretel should no longer be used as harmful to consciousness.

This new fairy tale “Gretel and Hansel“, as a correction of the old age, is so tremendously significant for the evolutionary development of mankind and thus in the Universal Plan that I am making it available to you free of charge on this website.

This fairy tale is the follow-up tale to “Gretel and Hansel” and tells the secluded continuation from the perspective of the stepmother. “Stepmother and Wise Old Woman” contains the central theme of how to resolve guilt feelings in order to establish the göttlich-irdische Liebesflussverbindung (divine-earthly love-flow-connection) as real self-love.

The fairy tale begins with the stepmother reproaching herself and struggling with guilt feelings, because the woodcutter family has exceeded their quality-of-life limit due to the sudden wealth from the first fairy tale. At that moment, self-sabotage occurs and the woodcutter family is again increasingly worse off. But in this fairy tale, it does not remain with the guilt feelings blockage of the old age. Instead, the stepmother sets out on the path of consciousness expansion. She dissolves her feelings of guilt through magical songs (affirmations) and establishes the göttlich-irdische Liebesflussverbindung (divine-earthly love-flow-connection) starting from the wise old woman to her family.

The Sugar House of the Wise Old Woman

The Sugar World is the fourth of the five fairy tales of the new age. Also this fairy tale follows on from the previous fairy tales, but is so self-contained that it can be read even without prior knowledge. This fairy tale is about the basic conversion from the earthly into the spiritual. Therefore, the woodcutter’s family visits the wise old woman. Already on the way to her, the first changes in consciousness take place. After the family has completely settled with the wise old woman, the wind provides for the permanent conversion to the soul layer in consciousness as a new basis.

The Wind has a Plan

The Wind has a Plan is the fifth and last of the five fairy tales of the new age. This fairy tale thematizes the interaction of the Am-Ziel-Erleuchteten© (Final-Enlightened(AL) Ones) with other people ‒ guided by the Universal Plan. Accordingly, the woodcutter large family and the visitor large family are guided by the wind on how to deal with the remaining still unconscious people.

The soul arrival is facilitated through EMDR for Babies, and the development of inner woman teamwork skills is supported through community-building group games. 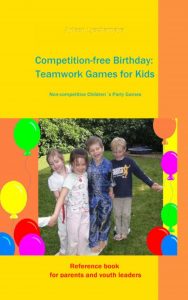