Spiritual path: No matter on which stage of the complete spiritual path to Am-Ziel-Erleuchtung© [Final-Enlightenment(AL) respectively New Age Enlightenment(AL)] we are at the moment, we are always already embedded in the love healing of the Whole. This can look very earthly concrete if there is a souls agreement such as for me with my son.

I have already presented the universal law of healing to you on the basis of my Lyme disease healing and as the new health system. Divine love equally wants to heal one’s own person and, radiating love through one’s own person, cure other people. It is not a matter of only healing others, thereby passing by oneself.

The universal love for the earthly is so great that it finds possibilities of healing, even when people are not yet am-Ziel-erleuchtet© [final-enlightened(AL)]. I would like to tell you about an experience I had decades ago, at the very beginning of my complete spiritual path.

My husband and I wanted to have children, but for several years it just didn’t work out. I thought I was showing signs of luteal insufficiency, but my gynaecologist didn’t address this. Instead, in an operation they tried to remove one very large and several small fibroids from my womb. But the fibroids were so overgrown that the operation was unsuccessful. 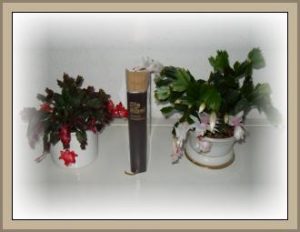 In summer I travelled alone to Israel. My husband had already visited Jerusalem, had a lot of work to do and was not interested in spiritual matters anyway. That was fine with me, because I intended to spend hours absorbing the energies of the various places.

At the airport, however, I first felt the political effects of the religious. Security was so tight that passengers to Israel were processed in a separate hall and checked through so thoroughly that the procedure began hours before. Soldiers with machine guns stood on a parapet around us.

The English-speaking queue was shorter, so German speakers with sufficient English were asked to use it. I went along with it – a mistake. As a young woman travelling alone, I was considered suspicious and was cross-examined, which would have been tough enough even in German. When I already thought I had survived it, a superior was called in and everything started all over again. But finally I was on the plane, agitated and drenched in sweat.

I visited the holy places in Israel by bus tour and then stayed alone in Jerusalem for another week. I not only perceived the spiritual energy of the place, I literally absorbed it. I was constantly on the move from morning to night and my legs did not get tired, on the contrary, they became more and more alive. I also felt energetically light overall. 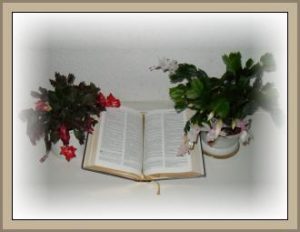 My nightly sense of wholeness (divine self) gave me the task to “meditate in the desert”. So I booked a rental car for one day and drove to the Dead Sea. There I meditated. At that time, my body often hurt when I meditated, especially my legs (I never sat cross-legged, but always comfortably), because the flow of energy released blockages. However, this time it was particularly bad, especially in my lower back. Nevertheless, I persevered and was just glad when the time was finally up.

When I opened my eyes again, I saw the cause of the burning in my back: ants. They certainly hadn’t been there before. They had also only crawled on my lower left back, leaving the rest of my body unmolested. To relieve the burning, I went into the Dead Sea. I didn’t think about the high salt content at that moment – well, it burned like hell.

On the way back, I got a glimpse of Jerusalem and was shocked to realise how big the city was. There had only been one route out of the city, so I hadn’t specifically remembered the easy way. But now on the way back I had no idea where my hotel was. I didn’t even know the district. But since I couldn’t stop on the big roads anyway, I just drove around until I would find a place where I could stop to orientate myself. How relieved I was that, without knowing how, I arrived directly at my hotel this way.

Back in Germany, I researched that formic acid is supposed to have a healing effect. Well, shortly after that trip I got pregnant and my son nested on the left side of my uterus. This had been the only place without fibroids. The pregnancy went without complications.

I would like to use my experience to encourage you to trust in the loving healing power of the Universe, even when you are not yet final-enlightened(AL). The creation of love from Divine to earthly functions according to its fundamental spiritual laws, even if it remains partly unconscious and there are still blockages. If you do what you can yourself, universal love takes over the rest.

Years later, I had time one weekend and asked my inner guidance what I should do. I was told to put on a skirt and go outside. Putting on a skirt seemed to be of particular importance.

Outside, I was then guided by further inner impulses finally to a nettle meadow. I was to enter this with my bare legs. I asked again if it was really meant seriously and then walked through the nettle.

Back home, I then read up on the healing effect of nettles, which is based on the same acid as that of ants. Apparently I needed this for preventive healing, so for a couple of years I regularly walked through nettles in the spring.

Another time I had an inflammation in my jaw and the image of mint appeared in my mind’s eye. Since then, I used mint oil three times a day after brushing my teeth.

You can find an overview of further personal stories on my page “experiences on the spiritual path“.

Further to Spiritual Masters of Am-Ziel-Erleuchtung© or to conventional gurus (e.g. Sri Chinmoy or the New Earth by Guru Eckhart Tolle) and enlightenment experiences. See also my statement on the “psychical healing” of Guru Anssi Antila.