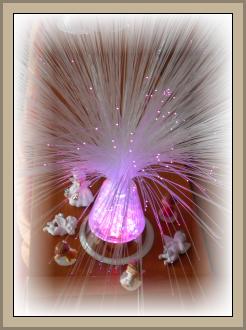 In my book “The complete spiritual path“, I have already described, how I had personal contact with an angel, so that I am absolutely convinced of the existence of angels. This time, I would now like to tell you about an experience, in which my guardian angel helped me in a “natural way” through “coincidence”.

In my early twenties, I studied business economics and accounting for one year in England, Southampton. Since a language study trip in my teens, I had a very nice pen pal near Ashford, with whom I still write to each other every Christmas. During my stay in England, I made an appointment to visit her. I had to travel quite a long distance by car, which included the ring road around London. I intended to drive about one third of the ring road down direction from west to east.

Even the access road was multi-lane, it was my first time driving on a motorway in England and I had to deal with left-hand traffic in a car built for right-hand traffic (one sits on the “wrong” side). So I ended up heading around the top of the ring road. Should I get off at the next exit and turn around? It took a while until the next exit came and finding my way back onto the ring after the exit didn’t seem very clear either. So I thought to myself that it is a ring road, so I would just drive around the top of it.

What I had completely misjudged, however, was the distance. One third ring to two thirds ring made a difference of several hours at the permitted driving speed. When I realised this, it was already too late to turn back. So I had to go through it and decided to drive faster than allowed. Let’s find out what our car could do. I whizzed past the other cars at almost 200 km/h (125 mph). It wasn’t much fun, though, because I didn’t like driving that fast. 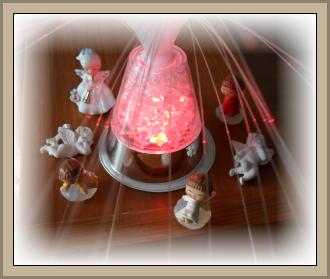 Due to the wind at the high speed, the open top of the convertible came loose, was pulled up towards the close and increasingly blocked my view to the rear. Eventually I had to stop on the hard shoulder to put it back on properly. As I then slowly started up again, I saw the traffic control.

My husband told me later that it would have cost us more than five hundred Euros for the major speeding offence, not to mention possibly other consequences that we, as foreigners, were not even aware of.

Through these kinds of “coincidences”, I was well protected all my life. I always had the impression of being protected by one or more angels. On the first stage of the complete spiritual path, the subtle beings of the universe took good care of me.

With Am-Ziel-Erleuchtung(AL) the subtle beings have now become a community of joy. I feel the love of the Whole and this includes the subtle beings. However, my connection now comes so directly and consciously from the depth of being and has so much energetic transforming power that I now support the Whole in reverse, including the subtle beings contained within. The Whole is a wonderful, loving community in which we all help each other. My task in this is to lead into the new age of the love connection. The new begins.

See also: Card reading on the complete spiritual path, the Dimensions of Spiritual Reality and Spiritual Masters of Am-Ziel-Erleuchtung(AL). Continue to the overview of my “Experiences on the Spiritual Path” and the Philosophy of Consciousness