The souls regularly bring their subtle knowledge of their concrete earthly love task(s) as well as the corresponding fundamental abilities and talents into their respective lives. These are then more or less conscious and are often implemented purely earthly without universal connection, depending on how good the inner access to the soul is.

I would like to give a few examples of my own experiences.

Not religious, but secular, I also grew up without any spiritual reference. Yet, from a very young age, I had the feeling that I had more in common with Jesus than with other “normal” people. Out of a deep inner feeling, I could relate to Jesus, whereas I often did not understand “normal” people at that time. It was only with the Am-Ziel-Erleuchtung(AL) [Final-Enlightenment(AL)] that I have now fully experienced and integrated the divine and earthly parts of consciousness as well as the embedding in the Whole, so that I can fundamentally understand all perceptions of the world.

When I was in my mid-thirties, I took part in a spiritual workshop and was asked what my task was here on earth. I perceived inside myself and answered that I should give love to people. The spiritual teacher said disdainfully, “No one wants your love, give something material instead.” His reaction showed the disconnected opposition of Divine and earthly in spiritual circles (gurus in criticism). Later, I experienced directly through the Universe being an ambassador of love.

Another time, I took part in the workshop of a conventionally enlightened spiritual master. She must have already subtly sensed my spiritual claim to leadership, because in a situation in which I was restrained, i.e. without cause, she attacked it: “One is born to be a leader”, she explained to the group, addressing me. Then she gave examples of important personalities and ended by saying that I would not belong to this league. From this, it can be concluded that she had obviously already perceived precisely this overall social significance of my soul task ethereally. Otherwise there would have been no reason to bring up the subject of leadership at all and especially with regard to me. 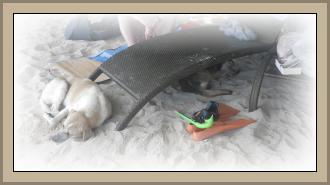 My attraction of dogs, apart from additional karmic reasons (past life regression), might also be due to the fact that they are looking for a strong guide animal and sense this in me. For example, my life partner and I went on holiday to the Philippines. After a week’s round trip, we spent another week at the beach with day trips in between. There, among all the people, two stray dogs (the only two free-roaming dogs) sought my proximity of all things. They didn’t seem to belong together, as they came to me one after the other at a greater distance in time and didn’t make contact with each other. One dog lay down at my feet and the other under my deck chair.

I haven´t had anything to eat with me and I didn’t touch the dogs, so the attraction was purely energetic. My life partner felt just how strong it was. The nice beach attendant of a foreign hotel had offered a deck chair only to me, so that my life partner had to lie at eye level directly next to the dogs. He didn’t like that much, so that he tried to shoo the dogs away. As a result, they moved about two metres away for approximately half an hour and then took their places right next to me again.

Today, I am living my loving, soulful leadership in the Universal Plan to heal the world. 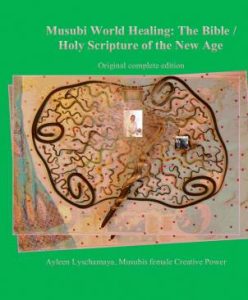 Continue to Spiritual Masters of the Am-Ziel-Erleuchtung(AL) or traditional gurus (e.g. A New Earth by Eckhart Tolle). See also the dimensions of spiritual reality or even more personal stories from me “experiences on the spiritual path“.

according to Ayleen Lyschamaya (see also ©)