All information about the New Age as a complete overview ‒ from the past to the present ‒ you get on my page “New Age and New Age TV ‒ of the Am-Ziel-Erleuchtung©“.

The New Age ‒ expected turn of the times 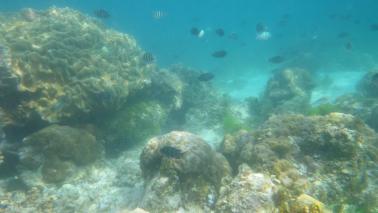 “… We are living in a very exciting time, in which a great many things will change fundamentally!
Most people have already heard about the fact that the calendar of the early Mayan civilisation is coming to an end. However, this only means an end of time and not an end of the world!
It is an end to the time of dualities where violence, hatred, envy and money have ruled the world. We are moving into a New Age, the golden age, and great global changes are upon us.
We are in the midst of the “awakening of cosmic consciousness” …”[1]

“… A New Age is dawning. Will it be the golden age, as it is expected especially in the New Age scene?
Let us look carefully. Will 2012 really be the turning point to an age of light and love, as esotericists predict? Or will it prove God right … God’s Word, the Bible, contains a great many passages dealing with end-time issues.”[2]

Age of Aquarius (also called … New Age) refers in astrology and esotericism to a period of about 2000 years defined by the passage of the vernal equinox through the constellation of Aquarius. … According to contemporary esotericists and occultists, Anglo-Indian theosophists and New Age followers, the world has been in the Age of Aquarius since the second half of the 20th century. …”[3]

“… Geologists have proclaimed the Anthropocene, the Age of Man. The world will never be the same again. …”[4] “… For some years now, scientists have been examining the question of whether this drastic development justifies the definition of a new Earth Age. … There would also already be a suitable name for the time period: Anthropocene, the age of man. …”[5]

“… Again the message of LOVE is now coming to Earth. It is time to accept it and also to live it, because the change of consciousness is a prerequisite for the transition of the Earth as well as of humanity into the AGE OF LOVE. …”[6]

However, what does the New Age really look like? It is a new, higher state of consciousness that includes universal-earthly creation-competence according to universal laws and thereby creates a loving earth.

The New Age of Am-Ziel-Erleuchtung© has now begun. Feel free to browse through my texts on this:

Half-time of evolution ‒ the second half

The Theory of Everything

The five fairy tales of the new age

Spiritual Masters and Gurus of the Am-Ziel-Erleuchtung©

New species of the Final-Enlightened(AL) ones