The universal plan is for Am-Ziel-Erleuchtung© consciousness coaches to write a specialist article supporting humanity from their own soul task. All professional articles have a morphogenetic as well as energetic effect and some of them are published additionally.

On this page you will find the published professional articles of the consciousness coaches of Am-Ziel-Erleuchtung©. Articles are added continuously, so it is worthwhile to check back from time to time.

Note: A professional article is a scientific work and science is associated with rationality and logic, although the term itself is actually not so narrowly defined. But one-sided rationality applied to the ancient age. At the end of the 2020/2021 Christmas season, I still received the explicit concluding hint from Musubi that the science of the new age consists of the combination of reason and feeling. I am to take special care that in future feeling is given an equal, cooperative status with rationality. 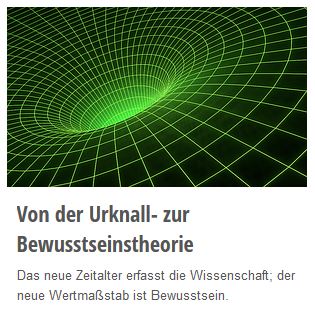 The Energetic Theory of Consciousness (EB) claims to be a Theory of Everything and includes the world formula of the Dynamic Theory of Gravitation. Among other things, black holes are explained by a mass-independent gravitation. Further to the article
Dieter Grosch [as cooperation, not in connection with the consciousness coach of Am-Ziel-Erleuchtung©] and Ayleen Lyschamaya

Black/dark matter as a level of consciousness or as an attractive creative force?

[Revision of my article “From Big Bang to Energetic Theory of Consciousness” (8/2020).

Originally, I assigned black/dark matter to the levels of consciousness instead of to the formative forces. This is because the descriptions of black/dark matter are so contradictory, depending on the author, that a clear classification is difficult.

“Black matter is the term used to describe matter that cannot be seen. This matter is so strongly together, has a strong gravitational force, that no rays of light can emanate from it.” (Yogawiki) For example, this preceding description speaks for energy compression, that is, consciousness level. The following juxtaposition, on the other hand, speaks for one of the two formative forces: “It is true that the cosmos seems to be full of shining stars and luminous gas clouds. But the impression is deceptive: in fact, the universe consists of almost 27 percent attractive dark matter and about seventy percent repulsive dark energy. What lies behind this is still completely unclear.” (Welt der Physik)

Since physics in general likes to reduce to matter what would be better described by energy, and the second description captures both formative forces better, I have revised my article to dark/black matter as a formative force. Those who are still interested in dark/black matter as a level of consciousness will find this attribution in the video below. Below this I have also added another video on levels of consciousness and creative forces in general.

Video “From the Big Bang to the Energetic Theory of Consciousness”(7/2020): 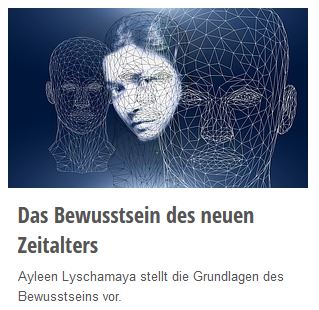 also as a PDF file (revised as of 8/2020). In addition, there is now (as of 6/2021) a research group on complete transcendental consciousness.

First of all: As a non-medical practitioner for psychotherapy, I am not allowed to give health tips regarding physical illnesses and corona, because this would mean a violation of the IfSG. Therefore, I expressly point out that as a consciousness coach of Am-Ziel-Erleuchtung© (training leader), I explain the universal laws by means of examples, which should be applied by medical and political professionals. The point is to individually and collectively combine the existing competence of the professionals according to the universal laws in such a way that the greatest possible positive synergetic effect can be achieved. My indications do not refer to diseases, but to a higher level of consciousness, which ultimately expresses itself in the body.

For Corona, for example, according to universal laws, it makes little sense to always discuss different levels of lockdown (as of 12/2020) when the lockdown is already optimised in the collective German consciousness. Instead, much more can be achieved by healing the weak point, namely the universal acceptance of love. 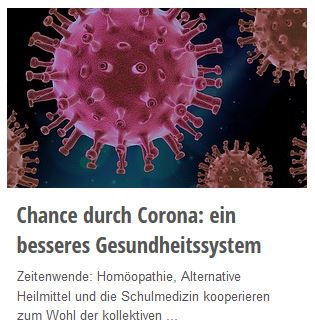 also as a PDF file 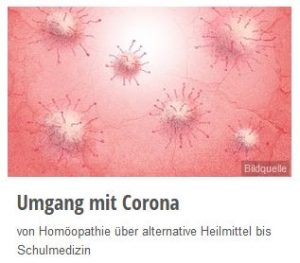 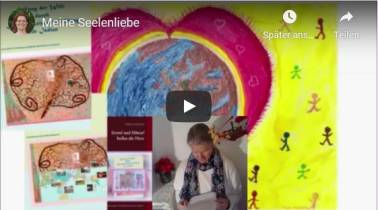 Higher Justice: Female New Beginning as World Love – This technical article is about how Musubi realised a new basis of consciousness for the legal system.

Continue to New Age TV – the Am-Ziel-Erleuchtung©, conventional gurus or higher level of consciousness through “Gretel and Hansel”.

5 thoughts on “Professional articles by the consciousness coaches of Am-Ziel-Erleuchtung©”.

Question:
Can you rule out religion, esotericism and spirituality for your statements in the technical article “The Theory of Everything with Mass-Independent Gravity and Dynamic Theory of Gravity as the World Formula”?

Response:
Yes. – This article is valid even without any esoteric, spiritual or religious interest or background knowledge and completely independent of any ideological beliefs.

Incidentally, Einstein was open-minded about spirituality.

I am not spreading any religious, spiritual or esoteric doctrine, but support the evolutionary leap of mankind.

New age:Physicists are usually cognitive inner-man personalities. This means that the scientific perspective is limited to matter in the cognitive consciousness. This line of vision must be abandoned, otherwise physics will have reached its limits.
Ayleen Lyschamaya
September 19, 2020 at 19:11Question:
What concrete, experimentally testable statements does “The Theory of Everything with Mass-Independent Gravity and Dynamic Theory of Gravity as the World Formula” make?Response:
The easiest to test should be the statement about gravity in connection with black holes: Gravity is not dependent on the mass of a solid body, but on the extent of condensing energy into matter. With matter created, a residual gravity remains (a kind of conservation gravity), which is the well-known special case of apparently mass-dependent gravity.Comment:
I lack reference to currently scientifically confirmed assumptions.

Response:
It is about a higher, new consciousness (not a new spiritual teaching), which can recognise more than the conventional consciousness. Accordingly, only general reference can be made to previous theories, because these were not built upon. The article is not a further development of conventional physical approaches, but a recognition of the result with then explanation of the most difficult open physical questions. In other words, I have started from the recognised result and, as far as possible, put it into a form familiar to scientists, especially as formulae.

The first scientists who are open enough to be inspired by this will decisively advance physics in the individual topics. If no one of the old age succeeds, physics will stagnate until the first people with the higher level of consciousness of the new age become physicists.

The current evolutionary leap in development starts with individual people and spreads in a snowball system into the most diverse professions. In addition, with this article I am giving the physicists of the old age the chance to make use of the new insights in terms of content and thereby decisively advance physics.

Depending on how far conventional physicists can embrace the new, physics will change faster or slower, but it will change completely, because that is evolutionary progress.

On “The Theory of Everything with Mass-Independent Gravity and Dynamic Theory of Gravity as the World Formula”.

Comment: This is curious! – Surely it should now have become generally accepted that forces are bound to masses, since force is defined as the product of mass and acceleration. This also applies to gravitational force. In this respect, the energetic theory of consciousness must be inconsistent in relation to classical physics. I think such aberrant theories should not be left unchallenged, because they cloud the brains.

Me: Dear …,
did you read my article?
Best regards from your Ayleen

Comment: Ayleen, have you read my book? I don’t believe in theories that are not derived from reality. Best regards!

Me: Behind this is the question of reality. Reality is the universal-earthly shaping of consciousness with two shaping forces across four levels of consciousness, the visible result of which is the earthly-material. What most physicists consider to be “reality” is such a limited definition that it blocks further recognition of the actual connections.

For the people of that time, their “reality” consisted in the fact that the sun rose and set, that is, that it moved. For people today, matter is still “reality”. However, as soon as the first physicists will have the courage to leave this “reality” behind, they will realise the
answers to their problems.
Kind regards from your Ayleen

Comment: I fear that the mainstream of physicists has already left reality behind as they blather on about black holes in the macrocosm and the disappearance of causality in the microcosm. As an engineer, however, I am bound to material reality, because engineers are expected to produce products that function in material reality.

Me: Dear …,
if one consciously directs oneself as an engineer towards the material, there is absolutely nothing to be said against it, because it is coherent if the approach fits the objective.

Physicists, however, who focus their interest on black holes in the macrocosm and the disappearance of causality in the microcosm and use unsuitable procedures directed at the material, will not come to any results. It is not enough to be interested only outside the conventional, one must also adapt the approach accordingly.

In fact, the answers are already so obviously right under the noses of physicists that I wondered at first why the really simple solution was not seen. But if you take into account the earthly-oriented view of the physicists, it becomes clear why they are not getting anywhere. Actually, it is only a tiny step in changing attitudes, but at the same time it is a big gamble for the previous world view.

If you want to solve the current open questions of physics, you have to give up the matter-orientation and instead see matter as a designed consequence of energy compression.
Kind regards from your Ayleen